For a directory of Book of Lore descriptions, see Lore

Book of Lore was an usable lorebook item in the Aether I mod, each describing one of the three worlds: Overworld, Nether, and Aether.

A Book of Lore could be obtained in their respective worlds by pressing the B key.

Book of Lore Volume 3 was available from dungeons in the Aether I mod.

A Book of Lore could be read by right-clicking with the book in hand, and then players would view an open book stating the volume and the world the volume refers to. Underneath the title, there would be a slot where players can place any item native to that world. Once placed in the slot, the book would display information about the item. Each Book of Lore would only display information about their native items.

As of Aether II Alpha, the Books of Lore have not been implemented yet, though a Book of Lore button is shown in the player's inventory window.

It has been confirmed that the Book of Lore will be returning in the upcoming Mutation update.

Book of Lore's data values were: 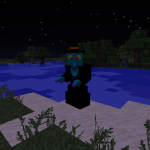 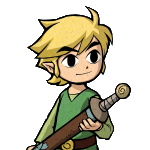