Dark Swets are mobs added in the Halloween Update. They are the same as the other yellow and blue swets but different in color; they are purple and they all equally spawn at the same rate. They drop Swet Jelly and sugar They behave the same as other Swets.

Dark Swets were implemented after the Hotfix update, therefore they have no specific attack pattern, but instead they act just like Blue and Golden Swets. They act like slimes from the Overworld (in Vanilla Minecraft) but instead of bouncing straight towards the player, they will instead circle around the player before attacking. They will then "eat" the player and bounce approximately 22 blocks (just enough to kill the player from fall damage) and land without reducing damage in any way. The only way to escape a situation like this is to kill the Swet from inside. Anything lower-tier than a Zanite Sword won't help very much. 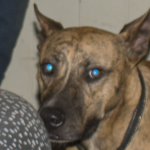