The Aether Wiki: Genesis of the Void
Register
Don't have an account?
Sign In
Advertisement
in: Blocks, Stackable, Non-Renewable Resources,
and 10 more

Holystone is a type of block found in abundance in the Aether. It has a related block, which is Mossy Holystone.

Holystone requires a pickaxe to be obtained, in which when mined, it will drop itself. If mined without a pickaxe, it will drop nothing and be destroyed. Mossy Holystone can be mined and obtained even before the Slider boss of a dungeon is defeated.

Holystone makes up the majority of the Aether, along with Aether Dirt. It can be found under layers of grass and dirt in the Aether all the way to the bottom of islands, and also seen exposed at the sides of mountains and hills on islands.

In 1.10[upcoming], Mossy Holystone now generates commonly in caves or cliffs and may be part of Mysterious Henges.

Issues relating to Holystone block are maintained on the bug tracker. Report issues for Holystone there.

Holystone on the side of a hill 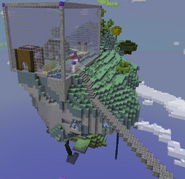 Holystone seen on the side of an island. 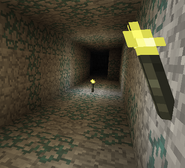 Mossy Holystone in a random dungeon
Community content is available under CC-BY-SA unless otherwise noted.
Advertisement